Baking powder is one of the basic ingredients for pastry, but you may run out of supplies without being able to go straight to the supermarket to buy it back and then ask yourself how to replace the baking powder.

Baking powder for pastry is composed of two chemical agents, one base and one acid, which with water and heat develop a reaction that creates carbon dioxide and therefore swells the dough of cakes such as cakes and muffins. To achieve this effect, you may use alternative ingredients or different dough processing techniques.

How to replace the baking powder with alternative ingredients

First of all, it is useful to check that you have in your pantry alternative ingredients such as cream of tartar, bicarbonate of soda, ammonium carbonate or instant yeast for savoury preparations: these are leavening agents that can replace baking powder, but you have to pay attention to use the correct substitute for the correct recipe, and in the right quantities, in particular:

Never use ammonia as a substitute for ammonium carbonate, they are two different products. Ammonia used for cleaning is poisonous and can be deadly to ingest.

So to get a substitute for baking powder at home, you need to combine an acidic ingredient with a base one in the dough, paying attention to the reaction that delivers it. You can use cream of tartar or baking soda as a base ingredient, while as acidic elements you can use lemon, white wine vinegar or apple vinegar, yoghurt. Be careful not to mix the ingredients before adding them to the dough, but simply add them to the recipe separately: the reaction will be triggered during cooking.
In particular, to replace a sachet of baking powder:

How to replace the baking powder with different dough processing

To avoid yeast entirely, you can focus on a different method of processing the dough, as is done for the sponge cake, but only if the recipe includes eggs: instead of incorporating them whole into the dough, separate the egg whites from the yolks and whisk them until stiff peaks, in the meantime work the yolks with the rest of the ingredients, and then gradually combine the whipped egg whites with the rest of the mixture by moving the spatula from the bottom to the up with very delicate gestures to avoid taking them apart. In this way, the dough will have already incorporated the air necessary to have softness and cooking will stabilize the structure of the egg and the other ingredients. The important thing is to be careful to handle the dough very gently both when incorporating the ingredients and when pouring it into the pan.

Fresh or dried yeast, on the other hand, is not a valid substitute for baking powder, because the leavening mechanism is different: in the case of fresh and dried yeast, the leavening takes place by alcoholic fermentation and needs a few hours outside the oven to develop, while the baking powder acts thanks to the chemical reaction with the other ingredients and takes place directly during cooking. 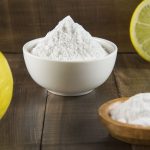 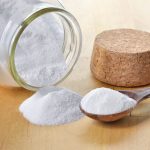