Blonde, light, amber, dark, red: beer is one of the most consumed spirits in the whole world, and has an ancient history. There are many types of beer, which differ according to the fermentation and the place of production. Beer is the product of the fermentation of barley malt must, flavored with hops: basically it is possible to obtain it from any cereal, but barley is the most common. Also, beer can be enriched with aromas and spices, and is composed of a water percentage ranging from 85% to 92%.

How does brewing work?

Each brewery has its own specific supplies and processes, but generally these are the stages of beer production: 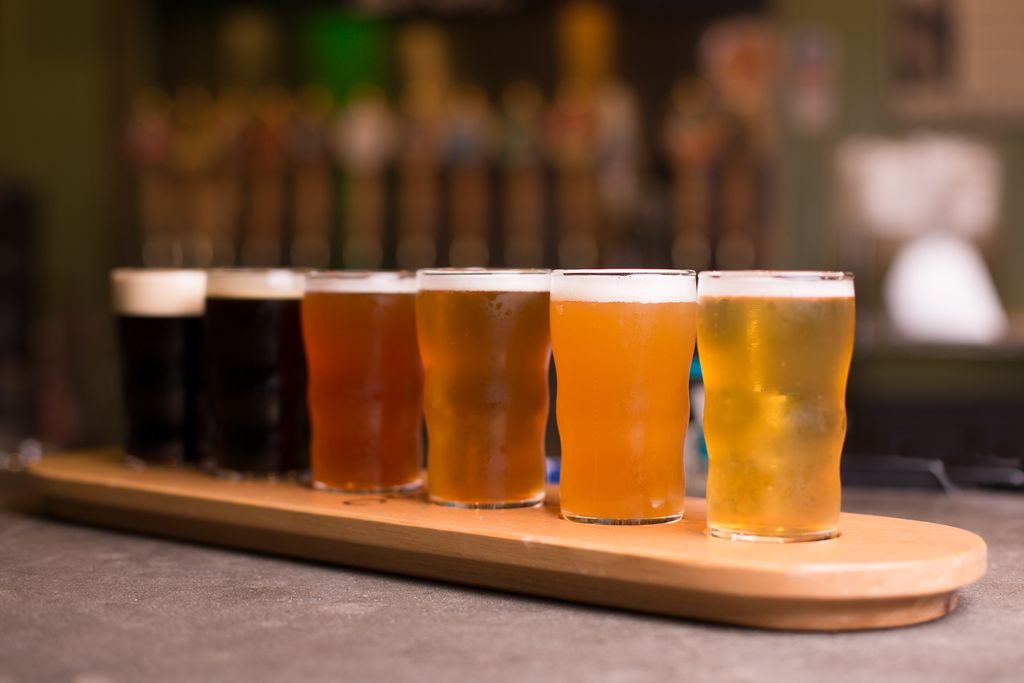 When it comes to beer there are many variations, but it is possible to identify three main families of them, which differ according to the type of fermentation they go through:

In particular, high fermentation beers are divided into:

Low fermented beers, on the other hand, are mainly blond and lighter than the others. The most famous are pilsen, helles, exports and the specific ones served at Oktoberfest, the well-known Bavarian beer festival celebrated throughout Germany.

Radler beer, also known as beer with lemonade, deserves a separate discussion: it is a light or non-alcoholic beer mixed with lemonade, and is really aromatic and refreshing.

The market isn’t filled only with large producers: the “niche” phenomenon of craft beer is becoming more and more popular (despite the success of the major Belgian, German and American brands), carried out by independent small breweries and particularly sought after by beer enthusiasts for the peculiarity of its products and recipes. Numerous beer making kits are available to make your own homemade beer, complete with malt and yeast extract, even if the DIY beer is not considered to be the same as the traditional one, since inevitably to obtain it you have to give up some steps of the process such as mashing.

How to cook with beer?

In addition to consumption as a draft or bottled drink, beer can also be an excellent ingredient for many dishes in the kitchen: if combined with batter, for example, it will make it light, crispy and golden when fried. It is an indispensable addition to dishes such as stew and goulash, and goes well with meat-based recipes such as pulled pork and chicken simmered in beer. It can also be used for desserts: just think of the chocolate and Guinness cake, with a dark color and a flavor halfway between bitter and sweet.

In the past, brewer’s yeast was obtained from beer processing, and today is still commonly used for bread making and pizza even if processed differently: it contains numerous vitamins, including all those of group B, and is therefore considered an excellent supplement.

Nutritional values ​​and properties of beer

The nutritional values ​​of the beer may slightly variate according to the type: on average, however, 100 ml of beer contain about 43 kcal, which means that a medium beer (400 ml) contains about 172 kcal and that 100 ml of wine contain twice as many calories (83 kcal per 100 ml).

Beer brings several benefits to the human body: like all alcohol it should be consumed in moderation, but in small doses it can benefit cholesterol, digestion and insomnia.

Those who are suffering from celiac disease, however, can still enjoy gluten-free beer not derived from barley, but from different cereals such as millet, buckwheat, rice or corn, and therefore tolerable. There is also another type of gluten free beer: although it derives from barley, it is produced as a classic beer and then subjected to a specific process to remove gluten.

Beer isn’t always vegan: sometimes it may contain colourings or ingredients of animal origin like gelatin, isinglass and cochineal.

The alcoholic percentage of beer ranges from 1.2% of non-alcoholic beers to 1.2% – 3.5% of light beers, to values ​​always higher than 3.5% for classic beers, special beers and double malt beers.

It is therefore possible to find non-alcoholic beers on the market: they are increasingly common and often produced as lagers by the major brands, but not properly alcohol-free, still retaining a small percentage of it.